”Brothers and Sisters, we are, and must remain bright and shining stars”

Senpai Ioanna holds a 3rd degree black belt in the Don Jitsu Ryu system, created by Professor Don Jacob. Her love affair with the martial arts started in 2005, when she went to observe martial arts classes for her five year old son. She immediately decided to join Purple Dragon under Sensei Amber Murphy and has never looked back. The love for the Don Jitsu Ryu system was instant. She has been an active and dedicated member ever since.

She earned her 1st degree black belt after three years of training in 2008 and her 3rd degree in 2013. She travels annually to Florida and Trinidad to the Purple Dragon headquarters to train under Grandmaster Professor Don Jacob, the local Shihans and Senseis. She is a qualified Instructor in the Don Jitsu Ryu system, has over 11 years experience in the martial arts and over 20 years experience as an educator. As learning and training is a lifelong journey, Senpai Ioanna is still training in Canada with Shihan Daniel Jacob (6th Degree).

Originally, an ESL teacher, she has lived and worked in Greece, South Africa, Ecuador, and in Canada since 2000. She holds a Bachelor of Arts (B.A.) degree in English and American Literature, and speaks Greek, English and Spanish fluently. Furthermore, she has attended several workshops and courses in the fields of Education, Train the Trainer, Fine Arts, Martial Arts and Fitness.

A self-made, enthusiastic, happy, friendly, kind and warm natured person, Senpai Ioanna is known for her love to detail. She believes that it is important to learn things correctly right at the beginning, rather than correct them later on, and has her students’ best interest at heart.

Sensei Donnita is the youngest daughter of Professor Don Jacob, the creator of one of the world’s most recognized fighting systems, Don Jitsu-Ryu which was initiated in the beautiful Caribbean Island of Trinidad. From an early age, Sensei Donnita had high expectations placed on her to excel and represent her father proudly. “ As Professor’s children, nieces and nephews, we were all in the spotlight to be the best, no one expected any less,” Sensei Donnita says.

And she lived up to the high expectations, showing a high level of courage, strength and determination from an early age. At the age of four, she participated in her first demonstration in Grenada doing self-defense techniques and block routines. She competed at world championship level at the National Black Belt League (NBL) and won many world titles. She competed in Canada, Venezuela, and throughout the Caribbean, providing invaluable support to Purple Dragon’s success overseas.

Now living in Canada, it is her passion and pleasure to share the values and discipline that she has learned and developed over the last two decades.

Both Senpai Ioanna and Sensei Donnita have travelled to Trinidad to train and evolve as martial artists.

Once hearing that Senpai Ioanna was opening her own dojo, Sensei Donnita eagerly volunteered her time and skill to assist Senpai. They share a great bond and along with Senpai Ioanna she is looking forward to making a positive change in the Point Grey community and the general Vancouver area 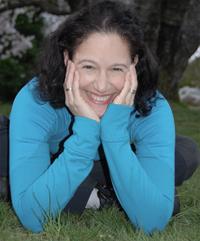 Breath is the bridge between body, mind and soul.

I implement this principle in my classes by setting an intention to each inhalation and exhalation, and by integrating movement with it.

The first one flows through short or long sequences of poses to build strength, flexibility, and concentration while cleansing the body. The second one holds the postures to understand them fully and to improve body alignment.

Each session focuses on a different aspect of the body-mind connection and motivating the participants to safely explore their potential to the fullest.

A stronger body, a calmer mind, focused vision, being more connected with myself and to my loved ones are some of the many benefits the yoga has given me.

In 2007, I  quit my demanding role as the CEO of my own company in the Middle East and fulfilled a dream to move to Vancouver and live a peaceful life with my family. Since then, I have practiced the physical, mental, intellectual and moral aspects of yoga on a daily basis.  I am excited to share this knowledge that has been an integral part of my self-growth process, and has made me a better person.